Kansas City Hotel LLC is an investment in two historic, turn of the century warehouses that were converted into a new 132 room luxury boutique hotel in downtown Kansas City, named The Crossroads Hotel. This project involves the adaptive re-use and re-imagination of two historic and landmarked buildings, the Pendergast Building and the Pabst Building, located in the heart of the burgeoning Crossroads Arts District in Kansas City, Missouri. These buildings, both built in the early 1900’s, have ties to some of the most notorious characters in Kansas City’s history. Their days of being used by infamous mobster bosses for beer and liquor distribution during prohibition times have long past, but the aura of a storied history is strongly present. In recent years, the area has emerged as one of the nation’s most concentrated art gallery districts and home to more than 400 local artists and 100 independent studios. Kansas City’s creative community, both professional and recreational, have centralized in the Crossroads. The storefronts and office spaces have filled with independent restaurants, marketing & advertising firms, and design studios.

The hotel’s 132 guest rooms are comfortably sized at an average of 350 square feet, vary architecturally but are informed by pre-existing structures and celebrate the historic building’s unique character. The modish design is rooted in an “old world” sensibility and accented by the simplicity that Kansas Citians are known to appreciate. The full service hotel also offers a prominent restaurant that brings authentic Italian steaks and pasta to Kansas City. The lobby spans the front of the building and is a place for guests and locals to socialize, relax, and jumpstart their night before venturing into the Crossroads. Additionally, there is a sizable ballroom that celebrates the building’s architecture with adjacent meeting rooms. On the expansive rooftop biergarten, hotel guests and locals experience an unforgettable view of the Kansas City skyline while enjoying light hearted fun and games.

The Kansas City area’s economy is large, influential, and important in its region. It is the third largest beef-producing city in the US, and is home to the second largest rail network. As the 29th largest region in the nation, the Kansas City metropolitan area is home to nearly 2.1 million residents. Over $6 billion in public and private funds have been invested in the downtown area over the past 10 years. Kansas City has long been regarded as a central business hub of the Midwest with companies such as H&R Block, Hallmark Cards, Sprint/Nextel, and Euronet maintaining their corporate headquarters in this important city.

This hotel opened in October 2018. 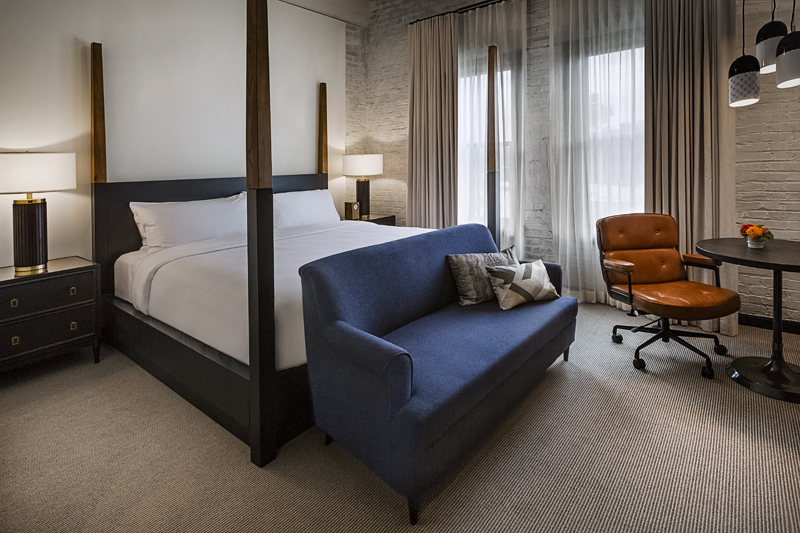 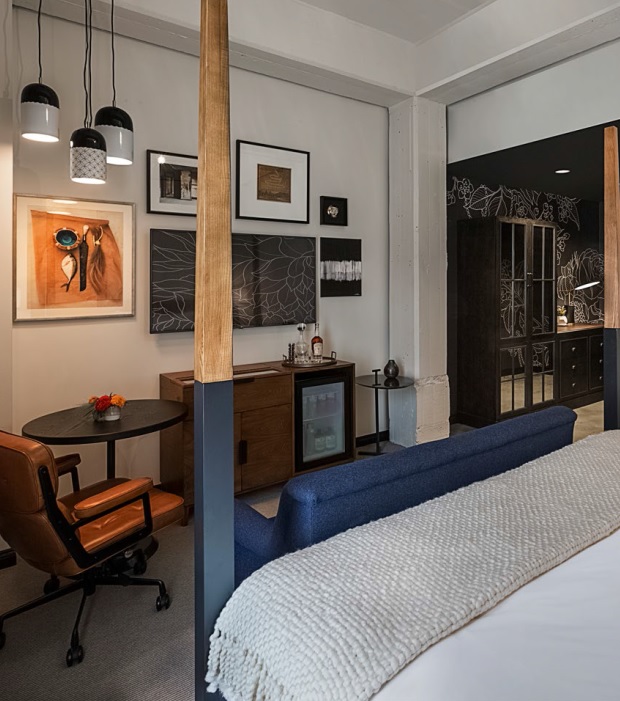 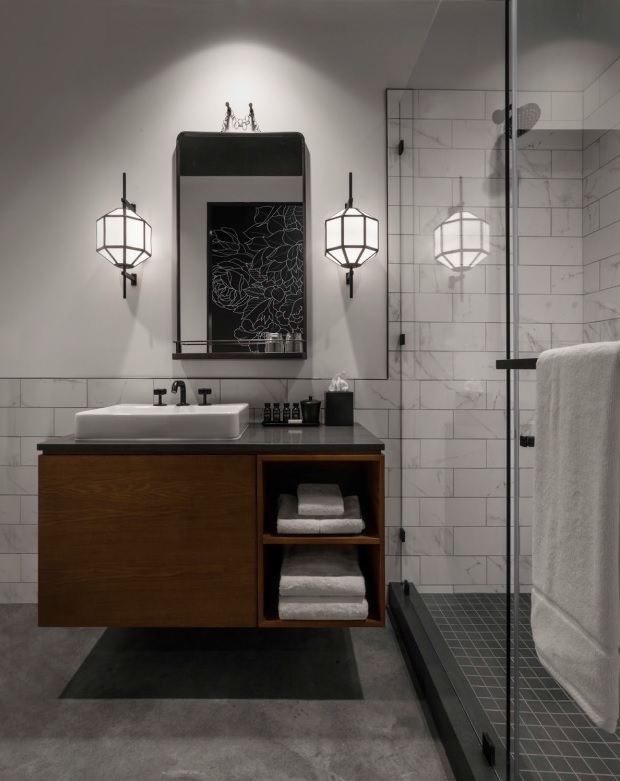 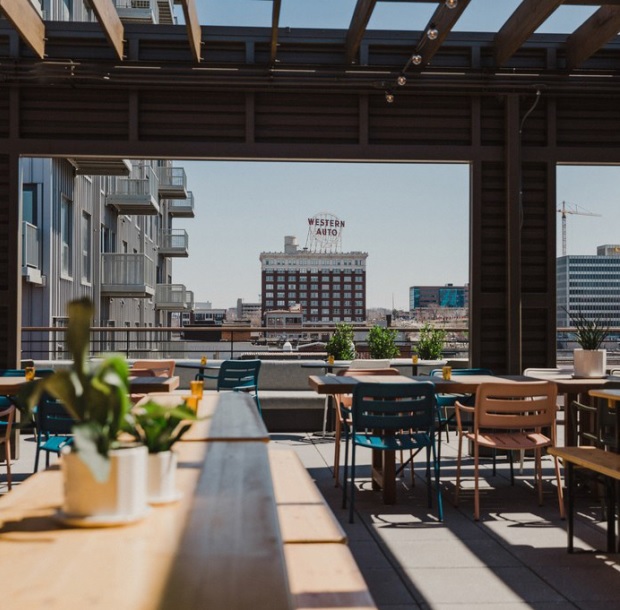 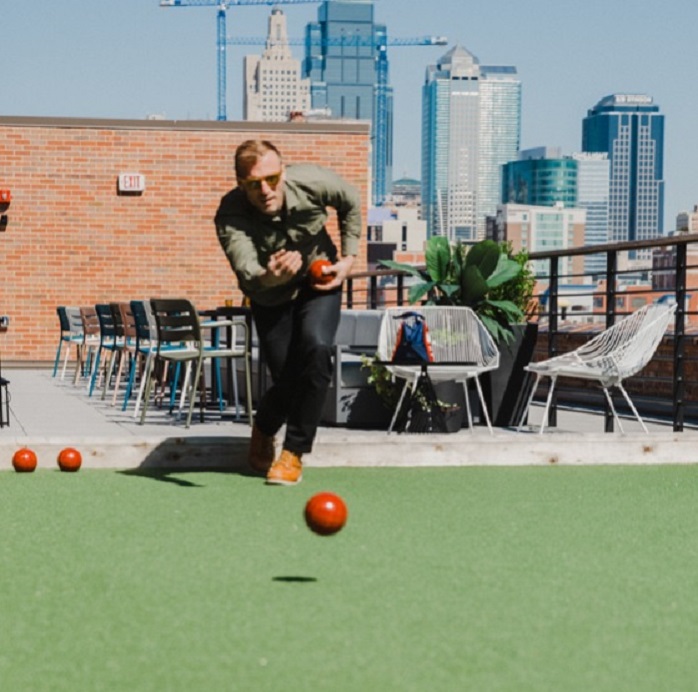 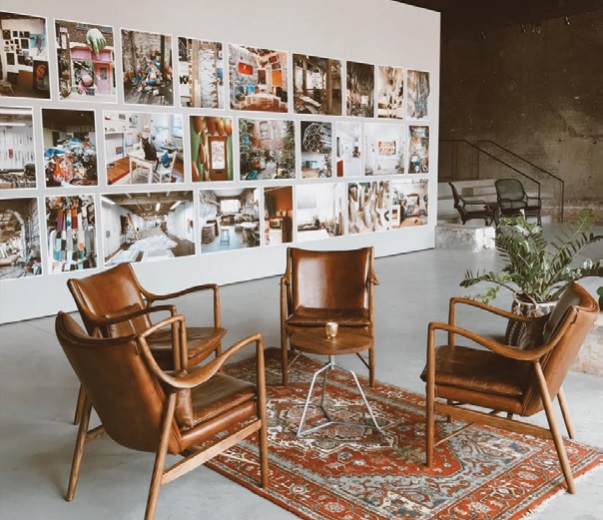