Des Plaines Apartments LLC is an investment in an existing condominium community in suburban Chicago. The investment represented a unique opportunity to acquire 918 units on 32 acres of land in the desirable and stable Des Plaines, IL market, at favorable pricing and with the opportunity to increase rents by upgrading units. The community operated as individual condominium units, which is being de-converted and managed as rental units under single ownership, as all units were purchased at closing. This is a true value-add opportunity, as the developer will then capture untapped rent potential by upgrading all unit interiors in addition to addressing deferred maintenance on buildings and common areas.

The Property is zoned for and originally comprised of 924 units within 154 identical apartment buildings that were built in 1973. Each building contains six apartments with two units per floor. However, developer underwriting assumed 912 units for two reasons. First, there is a vacant building pad where one apartment building once stood, but due to a fire, the building was razed, thus eliminating six units from the property’s original unit count. Second, as the property does not feature an adequate management or leasing office, the developer plans to set up a temporary management and leasing office in an apartment building located adjacent to the newly renovated entrance of the property. This maximizes the manager’s presence to current and prospective tenants and allows us to effectively capture and absorb leasing traffic during lease-up. We are building a new clubhouse to accommodate community amenities as well as our management and leasing office, and when complete, the six units used as the interim management office will be rented.

The Des Plaines apartment community is strategically located within convenient drive times to the area’s largest employers, thoroughfares, shopping districts and public transportation, thus driving economic growth and apartment demand. The community is 10 minutes north of O’Hare International Airport, the area’s largest employment hub. In 2018, O’Hare was named America’s busiest airport in terms of flight count, topping off at 947,000 annual flights. Given the increasing demand for more efficient airport operations, The City of Chicago is now in the final stages of planning an $8.5 billion deal to expand O’Hare International Airport with dozens of new gates and several additional concourses. Once completed, more than 3.1 million square feet of terminal space will be added — reflecting a 72 percent increase over the current 4.3 million square feet.

Des Plaines Apartments is also within 10 miles of the corporate headquarters for multiple Fortune 500 companies including Walgreens, Caterpillar, Mondelez, Allstate, Discover, US Foods, and Illinois Tool Works, as well as numerous smaller corporate and back office employers who value the area’s convenient access to the airport. Additionally, Des Plaines provides residents with the convenience of easy access to Interstate-294, Chicago’s main North/South interstate and Chicago Metra train lines, providing quick and comfortable rides for those commuting on a daily basis or simply visiting Chicago’s Central Business District. This combination creates a desirable and stable multifamily market in this Northwestern Chicago suburb.

The Des Plaines apartment de-conversion project offers a compelling value-add opportunity as there is a noticeable gap between current in-place rents at the property and at renovated vintage properties/new construction in Des Plaines. By renovating this property, the Des Plaines Apartment community is on track to being the most desirable in the area in its apartment class, while still renting at a lower rate than newer construction.

This community was purchased in December 2019 and is anticipated to be upgraded by 2022. 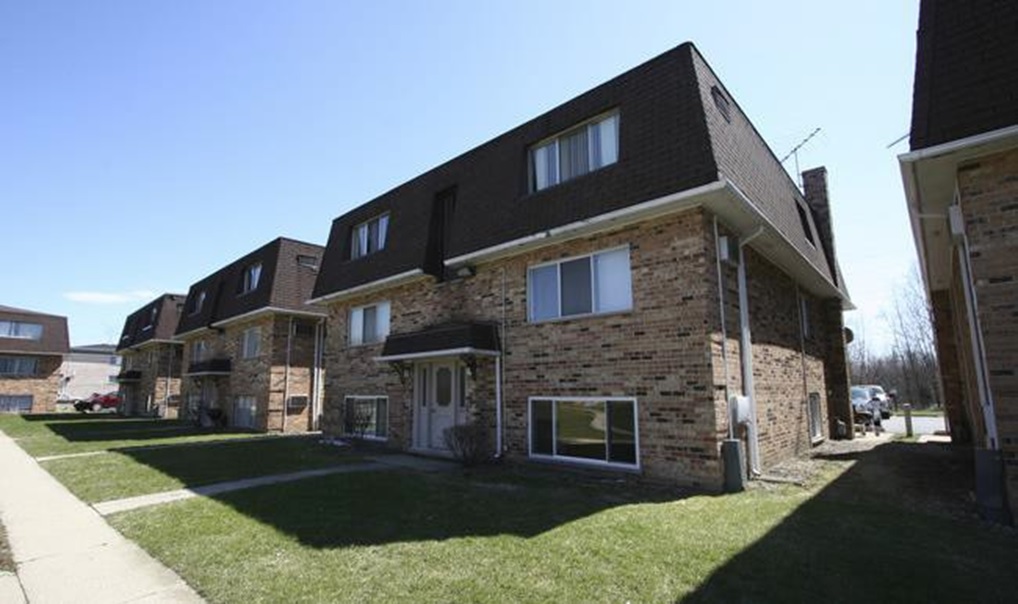 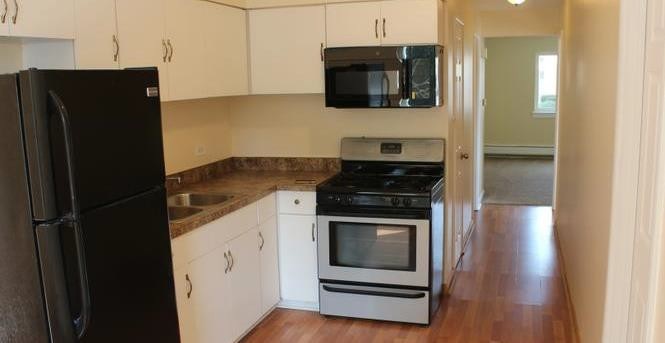 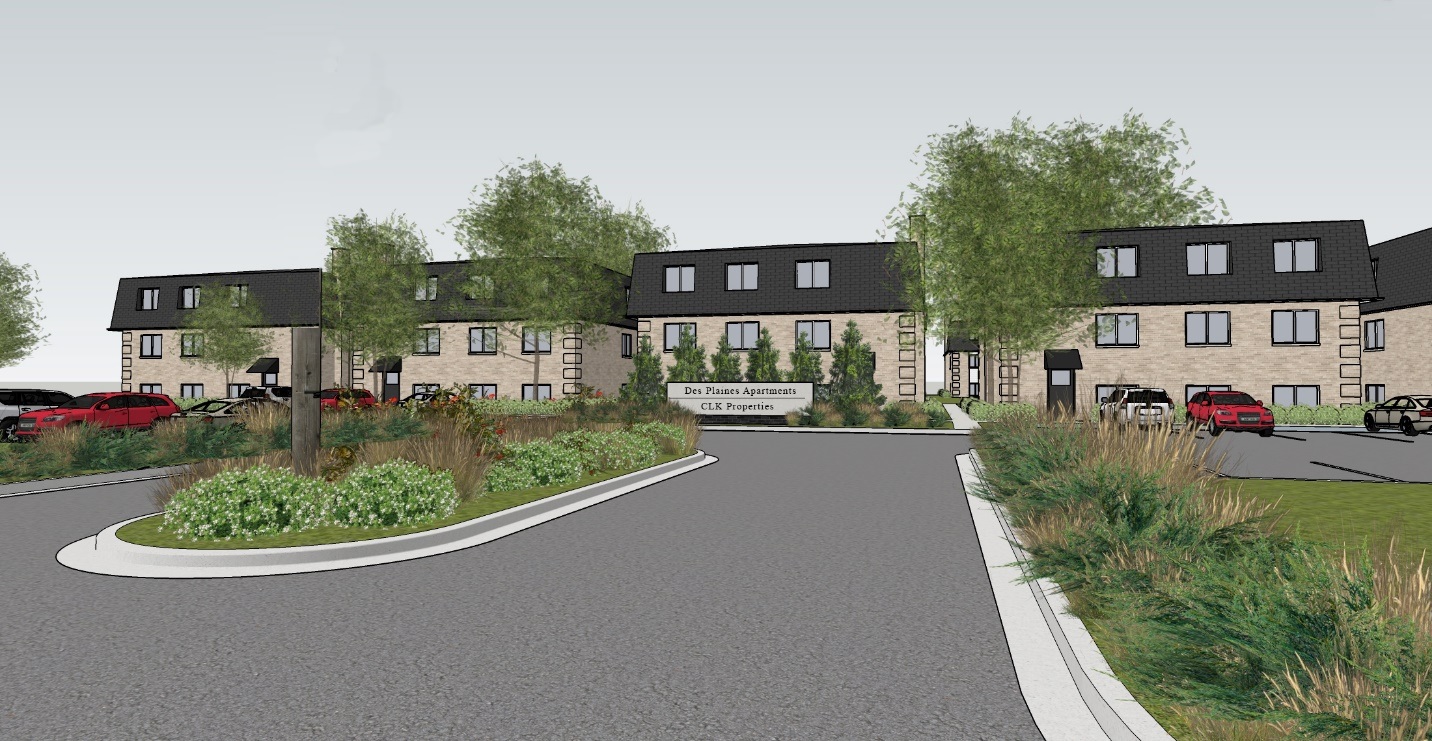 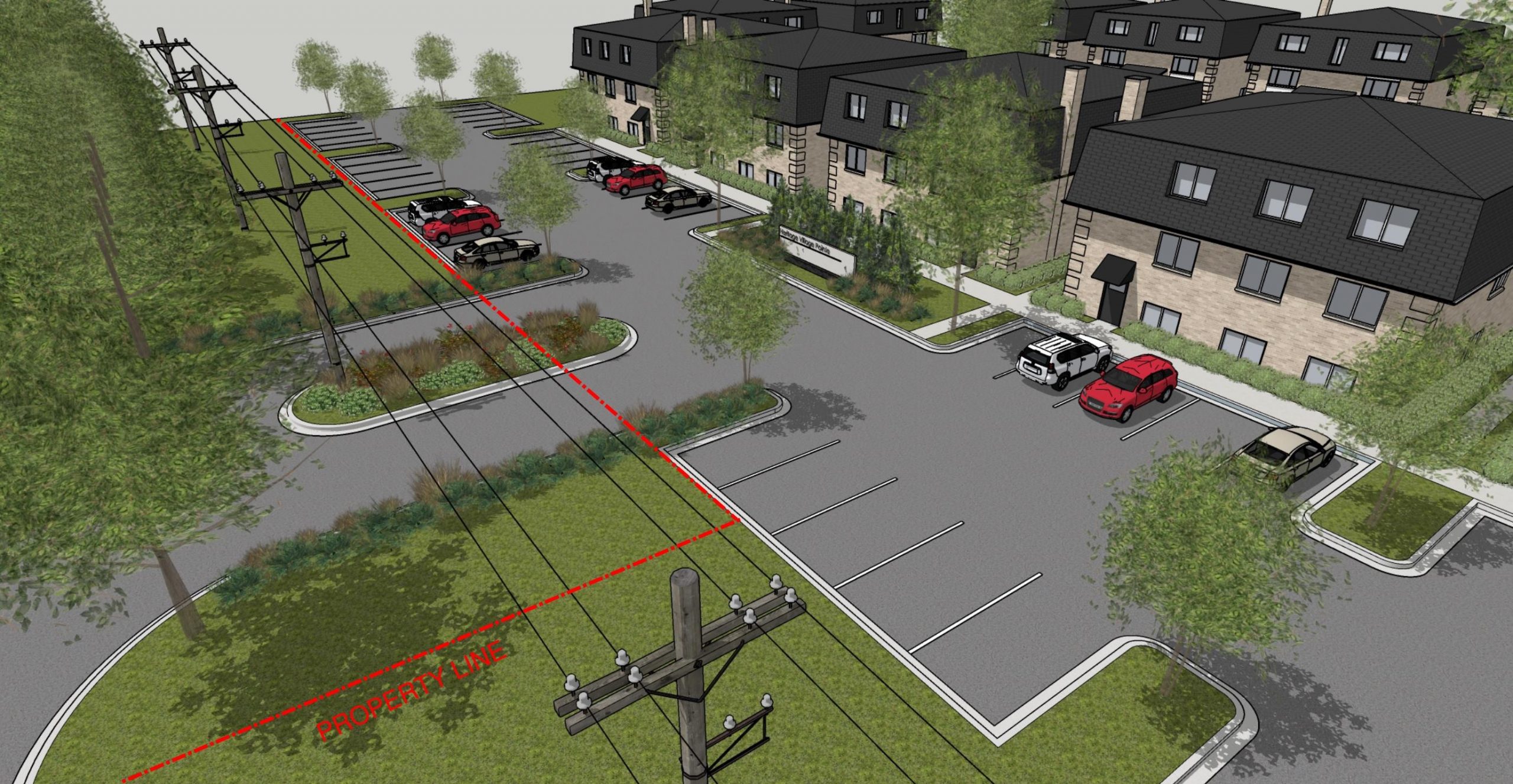 Denver Social Club LLC is an investment in The Clayton Social Club & Hotel. The Clayton is an upscale, members-only social club and 63-room independent boutique hotel with modern, first class, conveniences and services. The Property, originally the Inn at Cherry Creek, has undergone a dramatic renovation and addition. It features public amenities, including a ground floor restaurant, marketplace and lounge, as well as designated areas reserved for members and hotel guests, comprised of a full floor of club space with restaurant, a rooftop pool/lounge, and fitness center and spa. The Clayton, developed by BMC Investments, has a prime location in Cherry Creek North, Denver’s most prestigious neighborhood.

The Clayton Social Club & Hotel is the epitome of a classic local hot spot and that serves the needs of the discerning customer, functioning as an intersection between lodging, business, social, leisure and dining. A typical guest or member is part of the growing local community of social, creative, and business leaders as well as visitors to Denver that seek an authentic experience with amenities and services not currently available in the Denver market. Operationally, The Clayton is run side-by-side as both a membership club and hotel, with amenities and club facilities reserved for the exclusive use of members and hotel guests, while the ground floor food and beverage facilities ware be open to the public. The Clayton is being developed in partnership with Denver based BMC, Aparium Hotel Group, and CHM Warnick, creator of the Montage Hotel Group. In addition to our investor group, there are several Forbes 400-member families investing substantial equity into this project.

Over the past several years, the city of Denver has been in the midst of tremendous growth and the Cherry Creek area is its crown jewel. Due to the burgeoning tech and finance scene and strong local business community, as well as a temperate climate and close proximity to the mountains, Denver continues to be one of the most popular cities both young and older people are moving to in America. Cherry Creek, located three miles southeast of downtown Denver, features luxury retail, residential, and office space in its small three block by eight block radius. Since Cherry Creek is such a small area, land is scarce and valuable, so there is tremendous competition for the remaining sites in town. Cherry Creek is undergoing a significant transformation with over $1.5 billion in real estate investments into projects in the small area, further cementing its status as the most desirable location in Denver.

Construction of this project is anticipated to be completed in 2021.

Rochester Hotel LLC is an investment in an existing hotel designed in the 1960s that was rebranded and repositioned as a 173 room Hotel Indigo and attached to the world-renowned Mayo Clinic in Rochester, Minnesota. The hotel is directly connected by both skyway and underground tunnel to the Mayo Clinic, University of Minnesota Rochester, and all that Rochester has to offer, including dining, retail and entertainment options. Hotel Indigo is part of the IHG Hotel Group that includes brands such as Holiday Inn, InterContinental, Kimpton, and Staybridge Suites. Hotel Indigo Rochester is the only full service IHG Hotel in downtown Rochester, therefore anyone looking to use their IHG points stays at the Hotel Indigo.

The renovation entailed a refresh of all rooms and bathrooms as well as a significant re-design of the hotel’s style in major public spaces. A tremendous amount of natural light was included in the designs to create a light and airy impression fully integrated with the city’s downtown. It also emphasizes the sidewalk and surrounding public streetscape, projecting a warmer and more welcoming presentation of the hotel to the neighborhood as well as flooding the common lobby and restaurant spaces with light. Crave American Kitchen and Sushi Bar occupies the indoor and outdoor restaurant space adjacent to the lobby. The outdoor dining space has a glass roof and walls that retracts in the summer for a very unique environment. Crave is an extremely well-known and highly regarded brand that provides a unique dining experience to the Rochester market.

Rochester’s main economic driver is the Mayo Clinic, which employs more than 32,000 people. The Clinic serves over half a million patients and the city of Rochester draws approximately two and a half million additional visitors each year, with patients visiting from over 100 countries worldwide. In 2013, the state of Minnesota signed into law the Destination Medical Center (DMC) Bill, which is designed to stimulate large increases in city employment and visitation through the substantial planned expansion of the Mayo Clinic and adjacent University of Minnesota campuses. The initiative intends to create 35,000-45,000 new jobs. Furthermore, the law supports projects to enhance Rochester’s sports and recreation, retail, dining, entertainment, arts and cultural offerings.

This hotel opened in January 2020. 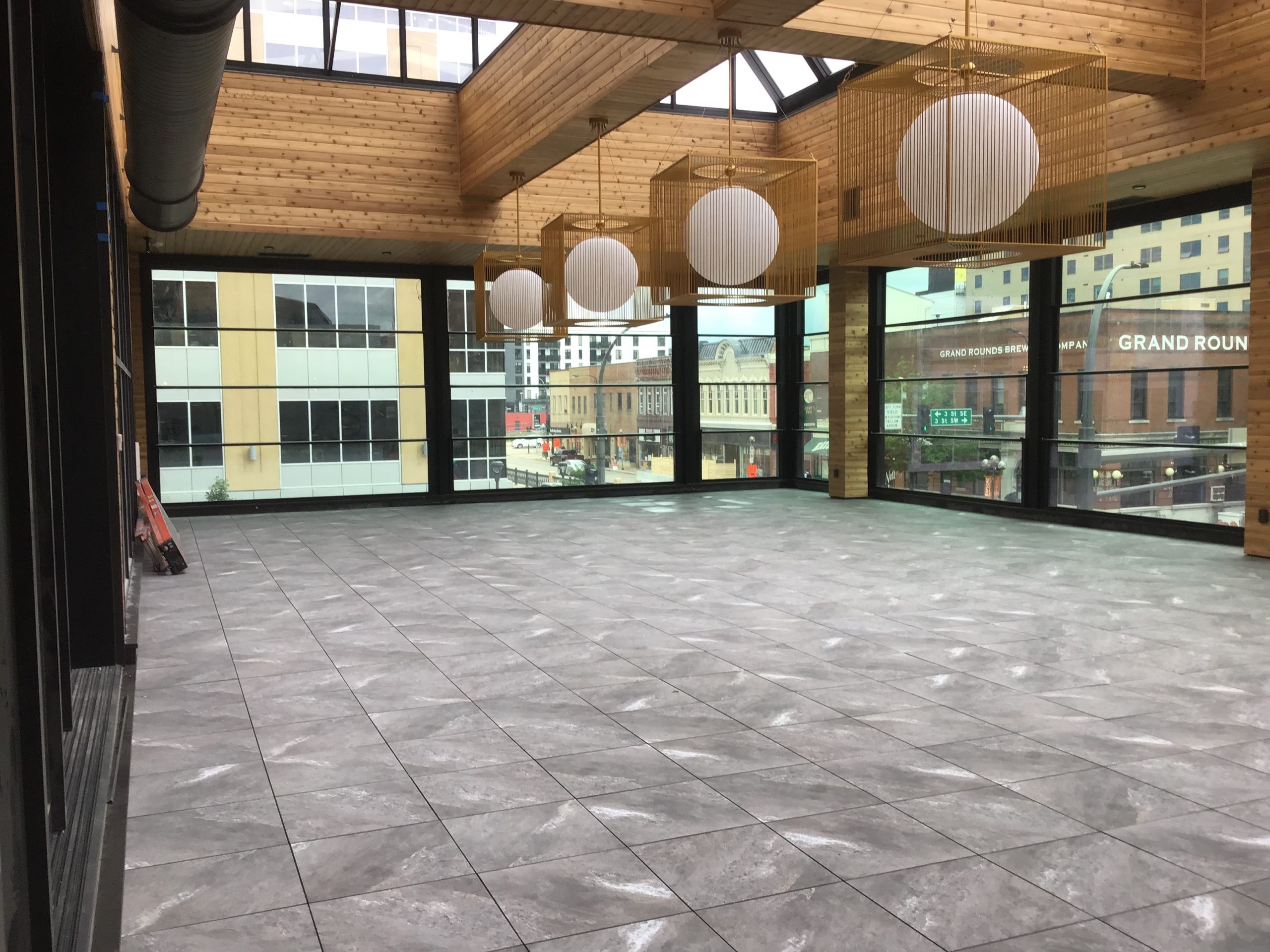 Chicken Investors LLC is an investment in the Ampler Restaurant Group. Founded in 2016, Ampler is a quick service restaurant (QSR) platform that owns 347 restaurants made up of Burger King (81), Church’s Chicken (71), Little Caesars (111), and Taco Bell (84). The rapidly expanding company was awarded the 2019 Burger King Developer of the Year as well as the 2019 Church’s Chicken Franchise Growth Award. Ampler plans to continue their growth trajectory with a target of owning close to 1,000 restaurants by 2025, with a robust pipeline of stores across the four brands.

Since 2016, the team at Ampler and their financial partners have invested millions of dollars in purchasing their 347 restaurants and improving management and renovating tired stores. As a result, stores owned by Ampler have shown substantial improvement and profits. Additionally, by investing in four separate brands, their investment is diversified and reduces risk associated with just owning one brand.

QSR’s have historically outperformed in a recessionary environment. People are looking for more affordable ways to feed their families. Our team believes QSR’s are a smart place to invest and with an experienced management team and profitable stores.

This investment was made in June 2020. 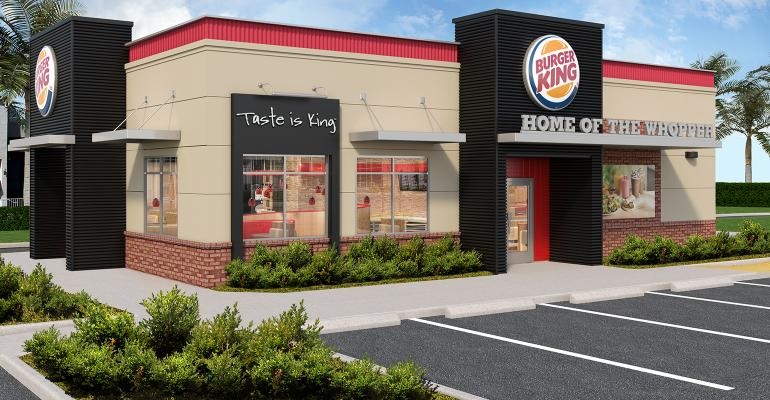 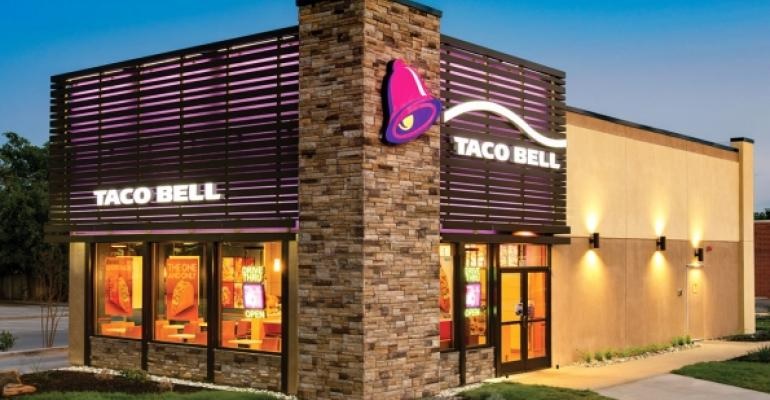